My grandfather’s eldest brother, Sam,
a widower with three daughters,
had little understanding of girls.

The youngest was keeping company
with a boy for too long. My grandmother
asked them both to dinner.

During dessert, she asked his daughter,
So, you love him? You want to marry him?

She asked the boyfriend,
So, you love her? You want to marry her?

She picked up a calendar and placed it in front of them.
Pick a date.

They boarded a midnight flight
without thinking beyond
the seatback movie,
the car service had better be there,
hope the hotel has my reservation.

Others awoke at first light
expecting to see a text—
Riding to the office, will email later.

No one feels like a gambler
when sunrise is a sure thing.

There are no cards to play,
no dice to roll, no horses to bet,

only small choices— do I take 360 or 370,
ok, that one is a little more, but I save a night in a hotel,
type your details, click ok, credit card please.

We look at a clock and never see
the little wheel behind the second hand,
double zero ending the game.

It’s been a while since my last post. Lots going on.

I attend slams and open mics with the Suffern Poetry group – https://www.facebook.com/suffernpoetry

I’ve had a few poems published this year, and one short story (details on my Facebook timeline).

When I have a sufficient number of poems published, I want to create a chapbook and enter it into contests. I already have ideas for themes, designs, and photos.

I want to someday finish writing the short story that I keep picking up and putting down.

And, lastly, the Stone Soup Poetry video of my feature was eventually shown on cable in both Lowell and Cambridge. I have the video files and may do something with them.

My last post was more than seven months ago. A lot has happened in my writing life since then, including publications, classes, workshops, slam judging, open mics, writing (of course), and twice standing on a street during a festival for three hours with other poets, surrounded by chalk sidewalk drawings and poems, reading poetry to interested passersbys.

I’m on the road now, so this will be a short update, but I’m planning a longer post once I get home.

On July 29th, I was the featured poet at Stone Soup Poetry in Cambridge, MA. I’ll write more about them later, but I had a great time and I was honored to become a part of their very long history.

I read several poems previously posted on this blog, as well as some new work. Most of the time, though, I was in the audience, enjoying a very wide variety of talent.

Each Monday evening’s session is taped, edited, and shown on two different local cable networks, each also simultaneously available on the web. The July 29th session was shown last night (8/21), and should be should be on again Friday 8/23 at 10pm on the Lowell, MA cable network, channel 8 – http://ltc.org/content/ltc-8. It will also hopefully be shown on the Cambridge, MA cable network on the same night (8/23) at 11:59pm, channel 8 – http://www.cctvcambridge.org/.

I say ‘should’ and ‘hopefully’ because the 7/29 session was supposed to be shown two weeks ago but was preempted, and last week’s show was from the 8/5 session.

There is nothing under the rock
Empty

Gastroliths from a crocodile eating nearby
Five million years ago

Coal from a steam train passing nearby
Fifty years ago

Carpet sweepings from an unhappy home
Five months ago

Sand placed by ants excavating their nest underneath
Five seconds ago

Just some dust
Under the rock

Up on the stage, she slowly waves her hands over her head
Her ethereal song lifting all those around her
Singing as an angel
An ancient spirit is upon her

Afterwards, the techs wrap her voice
In a large blanket rolled around and around
To tightly fit roadie case #15
For transport to the next venue

She glanced at him, and he knew, more than if she spoke a thousand words
Her dream and her destiny

On the stage, she looks at him standing in the front row as she sings of love
He looks back, mouthing his response
And she slowly smiles, as a woman, as an angel, as a star 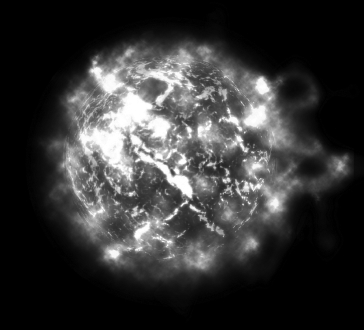 But silence
Is what remains after the sound fades away
And one still listens, listens

Of the one
Craving another
On the shadow side

Forever, sadly,
Hearing only
The echoes of the unsaid

I grew up in Brooklyn and lived for two years in London. I currently live in Northern New Jersey with my wife and son.